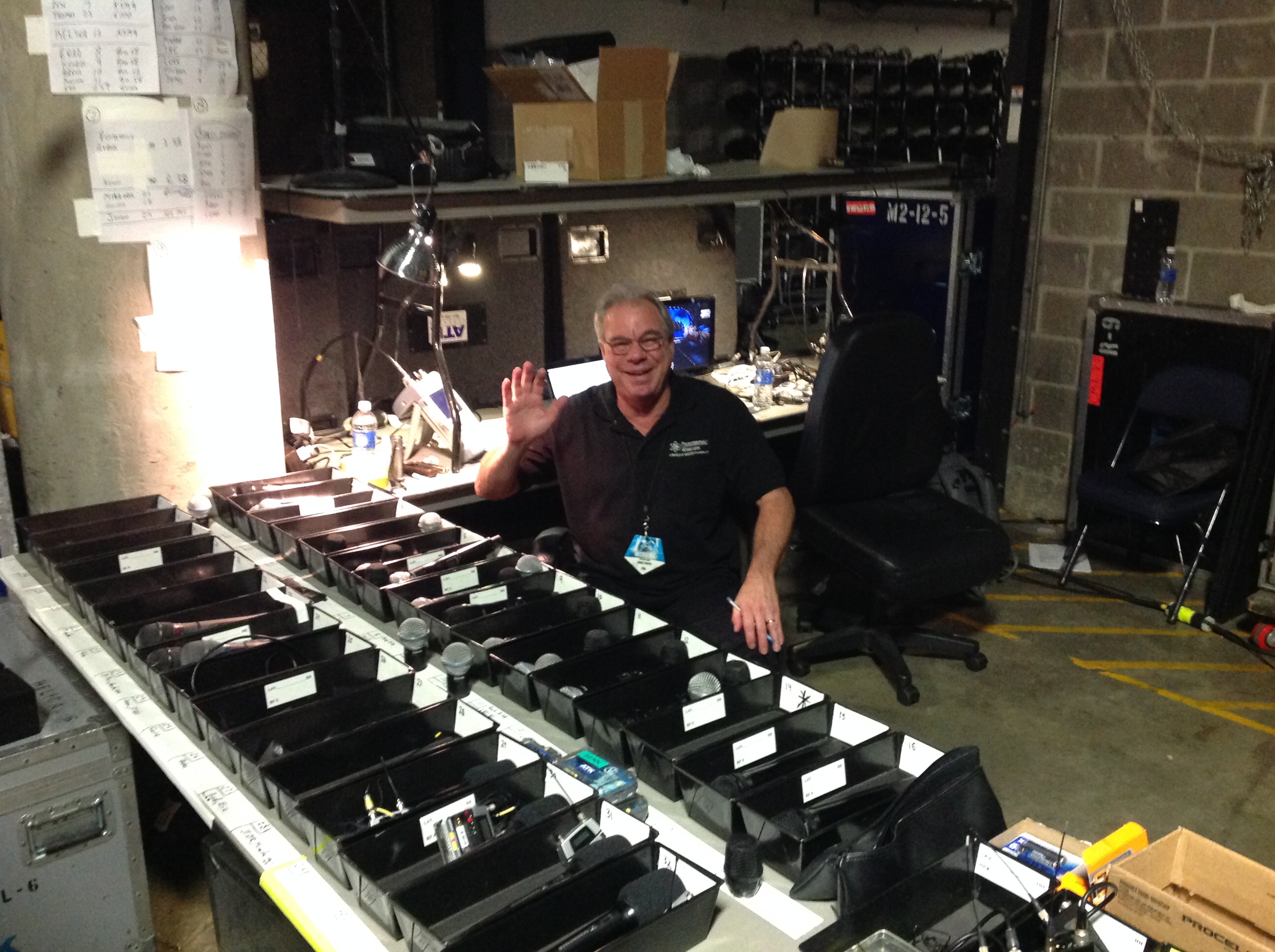 mics are everywhere at a big concert or awards show, so much so, that there’s always a dedicated tech just to make sure that not only do the mics work, but their transmit and receive frequencies don’t interfere or be interfered with from outside sources. We’re talking expensive rigs here, and lots of them (as many as 50 or more), but it’s some inexpensive tinfoil baking trays that really make the entire setup  work.

In a great article in rfvenue.com, James Stoffo (who’s acknowledged to be the father of the technique) explained how the technique came about.

“The A1s, they wanted me to keep the wireless on all time,” he remembers, “so they could PFL them, to make sure they work—this was before people trusted me. And so I said, ‘Okay, well if I have to keep these transmitters on, there are going to be intermods all over the place.’ I had to come up with something quick, and that’s when I built that first box with my dad. It just evolved from there until, now, everyone is using them. At least guys and girls in the know.”

Essentially, if you put a bunch of wireless transmitters on a table so you can test if they work or to change capsules, 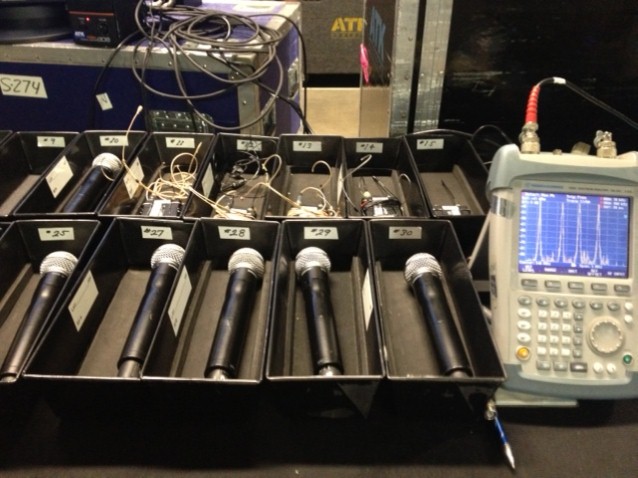 the radiation between them really makes them impossible to accurately test because they’re in such close proximity. James’ idea to place each one in a very inexpensive K-Mart-style tinfoil baking tray eliminates all of interference between them, since each transmitter is essentially has its own Faraday cage, thanks to the tray. Genius, right?

This wasn’t some lucky accident though – James got his chops in electronics and RF systems during his time in the US Navy Submarine Service. Afterwards he worked for many years in professional audio with early versions of commercial wireless microphones. That’s when he discovered that multiple transmitters kept next to one another backstage, powered up, created intermodulation that could compromise hours of careful coordination work, and lessen the ability to accurately monitor RF and audio levels at the receiver rack.

So here’s to James and his inexpensive solution to a tricky problem. Tinfoil baking trays to the rescue!

Audio For The Grammy Broadcast Is HUGE!